King Kong Wiki
Register
Don't have an account?
Sign In
Advertisement
in: Creatures Only Seen In A Glimpse, King Kong Wiki, Monsters, Locations

The Insect Pit, also known as the Insect Chasm or the Obis, is a gorge located on Skull Island. This area is home to numerous hostile invertebrate creatures, such as Arachno-Claws, Carnictises, Deplectors, Weta-rexes, Decarnocimex and Abyscidis.

Creatures of the Chasm[]

The creatures of this chasm feed on any unlucky creatures from above that fall into the pit, whether said creatures are dead or not. Arachno-Claws can be seen tossing around a dead body, several Carnictises are seen attacking the crew of the SS Venture, Deplectors hide in holes along the valley's walls and wait to ambush prey, and Weta-rexes swarm their prey in order to bring it down.

The Insect Pit is seen in the movie when the SS Venture crewmen looking for Ann Darrow are knocked off a falling log into the pit by Kong. Many die from the fall, but Carl Denham, Jack Driscoll, Jimmy, Lumpy, Preston and Venture Crewman 12 manage to survive the fall. Lumpy is devoured by Carnictises after he aggressively attacks them with a machete while defending his good friend Choy's body. Venture Crewman 12 attempts to climb out of the chasm, but is grabbed by a Deplector's claw, dragged into its hole, and is devoured. Carl Denham fights off hoards of insects with a club, Jack Driscoll is attacked by many weta-rexes, but Jimmy shoots them off, and Preston grabs one of the vines at the top to survive. They are eventually saved by Captain Englehorn and Bruce Baxter. 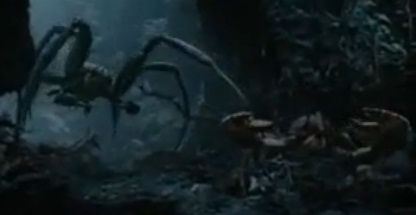 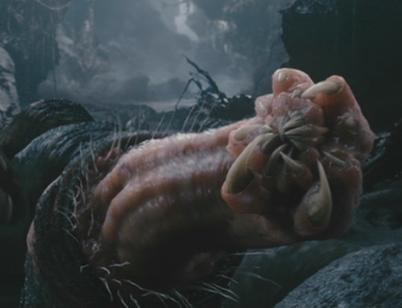 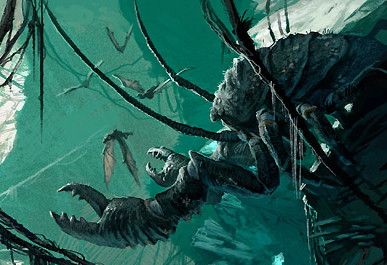