Jack Driscoll is an important protagonist of the King Kong Franchise. In the 1933 film, Jack Driscoll is a rugged sailor and the SS Venture's first mate. In the 2005 remake, he is a famous writer, friend of Carl Denham, and is admired by Ann Darrow.

He is the playable character in King Kong game.

In this film, Jack is the first mate of the SS Venture, and is very rugged. He is often at odds with the director Denham. In comparison to the 2005 remake, Jack in this film is much less romantic, but is still very brave and is always right.

While on the voyage to Skull Island, Jack falls in love with the leading actress, Ann Darrow, despite being unhappy with the presence of a woman onboard originally. Arriving on Skull Island, Jack goes along with Denham, Englehorn, Briggs,  Ann and other sailors and reach a native village. Denham takes his camera and films a sacrificial rite being enacted by the natives, while Jack, Ann, Englehorn, Briggs and the other sailors hide among the bushes. Unfortunately, Denham is discovered, but Englehorn saves the group by talking to the natives in their language. The Village Chief spots Ann and offers six indigenous women for her, but is turned down. Jack, Ann, Denham, Englehorn, and the sailors then return to the ship.

Later, Ann is kidnapped by the natives and the sailors return to the Island. After putting away the natives, Denham and Jack form a rescue party. Once in the forest, the group follows the footsteps of Kong when they encounter a Stegosaurus, which Denham fells with a gas bomb. They come to a swamp, prompting Jack and other sailors to built a raft. While crossing the swamp, they see a Brontosaurus, which overturns the raft and kills three sailors. The survivors then flee. Jack, Denham, and the others reach a giant trunk. However, Kong shakes all the sailors of the log into a ravine where they are killed on impact, except Jack who manages to survive by hiding. Jack comes out of hiding, discovers that Denham is still alive, and orders him to go back and get help. Jack follows Kong and reaches Ann, and the two escape together. Kong chases after them and arrives at the village, where Denham captures him.

Later, in New York , Denham presents Kong as the "Eighth Wonder of the World." Kong eventually frees himself. Jack secures Ann in an apartment, but Kong kidnaps her. After Kong's death on the Empire State Building, Jack reaches Ann on the skyscraper and they embrace.

In the 2005 film, Jack Driscoll is not the first mate of the SS Venture (this place is taken instead by Ben Hayes), but is a successful writer and is admired by Ann Darrow. Jack in this film is very brave, and is a good friend of Carl Denham. He is also the main protagonist.

He first appears in the movie, when Carl appears on the SS Venture, he has to leave due to being late for rehearsal for a Play, but Carl stops him from leaving due to the Script being only 15 pages and unfinished. During the journey, Jack is forced to sleep in a cage in the hold, since there is no place left for him in the ship, although Captain Englehorn show his displeasure. Toward the end of the journey, Jack forms a sort of rivalry with actor Bruce Baxter, and gradually fell for Ann Darrow. When Ann is kidnapped by the natives, Englehorn gives Jack twenty-four hours to find her. The captain also sends Carl, Preston, Hayes, Herb, Bruce Baxter, Lumpy, Choy, Jimmy and eight other sailors with Jack.

Jack survives all the dangers of Skull Island, including a Ferrucutus attack and a Brontosaurus stampede.

Just after this scene, Baxter decides to abandon the search for Ann and takes a couple sailors with him. Jack calls him a coward, but Bruce simply replies that he is "an actor with a gun who's lost his motivation", and walks away.

After this scene, Jack survives falling into the Insect Pit, during which Hayes, Choy, and Lumpy die, and is eventually rescued by Englehorn and Baxter.

Jack is the only one who does not give up looking for Ann, and continues alone. After reaching Kong's lair, Jack manages to escape along with Ann. Kong goes to the village to reclaim Ann, but he is unable to reach her before Denham tranquilizes him and takes him to New York City.

Once in New York, Jack goes to the theater where Kong is performing with Ann to declare that he really loves her. Upon his arrival, he discovers that Ann has been replaced with a counter figure. Jack along with Preston tries to get the people out of the theater before Kong breaks out. Kong eventually breaks loose of his chains, and begins chasing Jack through the streets of New York. Kong succeeds in stopping the taxi that Jack is fleeing in and knocks him out by flipping it with his fist. After recovering, he follows the military, when arriving at the Empire State Building, a police officer stops him and can't passed the point, but he goes anyway and knocks down 2 soldiers. As he goes inside, 2 soldiers go after him, he goes in the elevator then kicks the 2 soldiers as goes in the elevator and the door closes. He waits in the elevator to get to the top. After Kong's death, Jack is reunited with Ann on the Empire State Building and consoles her.

The player assumes the role of Jack in the video game . As the game is presented in a first-person viewpoint for the majority of the story, only a view model of Jack's arms or legs can be seen, usually holding a weapon or item, although what appears to be a third-person model of Jack can also be seen in the alternate ending sequence and in some beta screenshots of the game. In the console/PC versions, Jack is accompanied by A.I partners (Hayes, Denham, Ann, and or Jimmy). However, in some levels Jack is left alone to encounter and kill creatures. In the Nintendo DS Version, Jack can only have 1 partner at a time, but they will do nothing but open separate levels and set bombs on blocked gates with the exception of Hayes who appears only once and shoots enemies, causing very low damage. Jack's model is also seen in Nintendo DS version via cutscenes, and is the only version where he can be seen in third person. In the PSP version, Jack is always alone and will never encounter any sailors on the island as A.I partners were not built-in for that version. 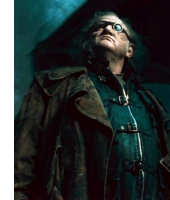